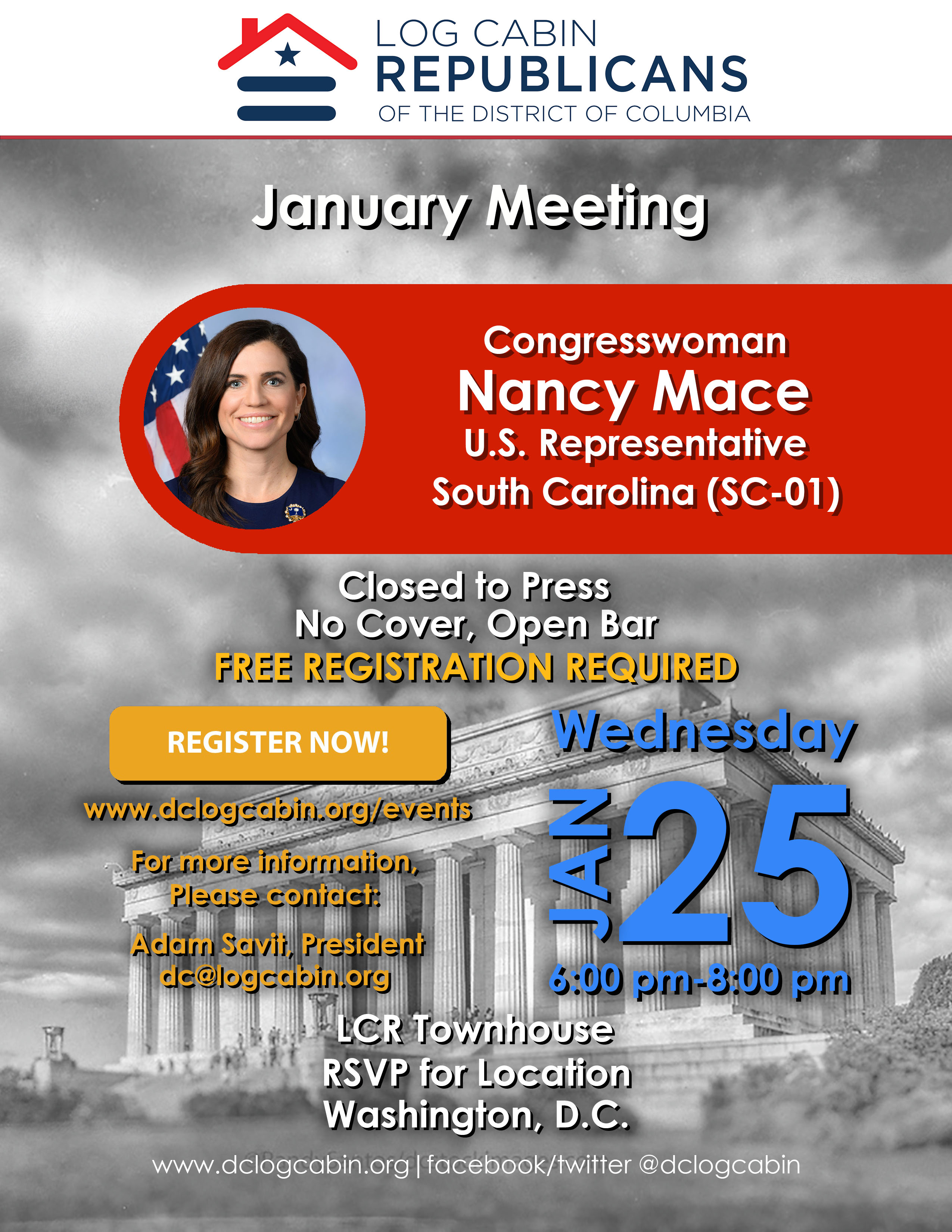 Congresswoman Nancy Mace grew up in the Lowcountry. She is the daughter of a retired Army General and retired school teacher.

Nancy grew up in Goose Creek, S.C. And when she dropped out of high school at the age of 17, her parents said, “If you’re going to stop going to school, you got to start going to work.” She immediately became a waitress at the Waffle House on College Park Road in Ladson (exit 203).

She is the author of In The Company of Men: A Woman at The Citadel, published by Simon & Schuster in 2001.

In 2008, Nancy started her own company. Her background in business is in technology, PR & marketing and more recently commercial real estate before coming to Congress.

Nancy is the recipient of the 2019 Taxpayer Hero Award from the South Carolina Club for Growth; she has a 100% record of voting to lower taxes. Nancy is also the recipient of the Champion Award from Palmetto Goodwill in her efforts in education and in helping those most in need receive job training; she has a 100 percent lifetime rating with Conservation Voters of South Carolina.

Nancy is a single mom of two children ages 12 and 15. She also has two cats, Tyler and Tiger, and a puppy named Liberty.